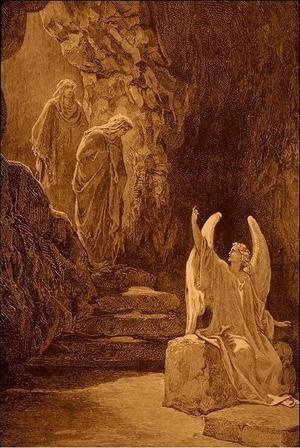 This address was prepared for the administration, faculty and staff, students and supporters of RTS Jackson.

I have come here tonight to talk about eschatology.

I wonder what you are thinking as I say that. Maybe you are thinking, “I wonder if he has his ministerial data form out with Roy Taylor because he is going to need a church after this talk…”

Or maybe you are thinking that this is just something we don’t talk about in public, and particularly at events like this. It is kind of like Uncle Earl who is a little eccentric. We love him but don’t really like to bring out into good company.

But I want to address tonight, not only eschatology but also I want to complicate the matter a bit and talk about eschatology and RTS. Now I will not:

•   Speak about this or that eschatological view and how we should or should not endorse them.

•   Nor will I talk about the esoteric views of some and how they are hurting the work of the Gospel or how they have impugned the Reformed faith.

No. What I hope to do is to focus on one thought and that is the thought that comes from 1 Corinthians chapter 15, the “resurrection chapter” that we hear read and preached on Easter so often. Let me read just a portion of that chapter:

”But in fact Christ has been raised from the dead, the first-fruits of those who have fallen asleep. For as by a man came death, by a man has come also the resurrection of the dead. For as in Adam all die, so also in Christ shall all be made alive. But each in his own order: Christ the first fruits, then at his coming those who belong to Christ. Then comes the end, when he delivers the kingdom to God the Father after destroying every rule and every authority and power. For he must reign until he has put all his enemies under his feet. The last enemy to be destroyed is death. For “God has put all things in subjection under his feet.” But when it says, “all things are put in subjection,” it is plain that he is excepted who put all things in subjection under him. When all things are subjected to him, then the Son himself will also be subjected to him who put all things in subjection under him, that God may be all in all” (1 Cor. 15.20-28).

I want to talk about three aspects of that passage and how it impacts RTS and each one of us in this room tonight.

As Peter said at Pentecost, “daughters, young men, old men” will dream dreams and have visions.

In 1 Corinthians 15, St. Paul identifies the resurrection as the linchpin in the unfolding drama of redemption that is “of first importance.” This key event in all of human history is linked, by Paul, to the covenant promises related to the fall of Man and Paul will speak of Adam’s sin and the entrance of death. Christ’s resurrection brings about a new Adam and a new way of life. The Kingdom is underway. The new heavens the new earth are about to burst forth in time. “All things have become new,” Paul will tell us. And this resurrection extends from a faithful past to an amazing time in eternity future when the Son hands over the Kingdom to the Father that God might be all in all. What a glorious vision! From eternity past to the far reaches of eternity future, St. Paul stretches the limits of human understanding to cast a vision of glorious victory! And so too can we dream of such victory because of the new resurrection motif that exists in time. The resurrection stirs us to dream dreams and have visions!

And a vision came about, in the midst of a crisis, of a seminary…and so RTS was born when men of God drew restless and burdened over this. Not only were there those who questioned the resurrection, which as you see yourself unravels the entire program of God on earth, but they grew restless over training men in this Gospel truth to go and teach others also.

Resurrection begets resurrection thinking in the Kingdom of God. And so churches and planted, hospitals and orphanages are started, and yes, seminaries are founded.

The Resurrection is the centering point, but the theological implications of the resurrection have now touched every area of life in the world;. The kingdoms of this world are becoming the kingdom of God and of His Christ as Jesus’ gracious rule of love and light enters the lives of men and women through repentance and faith in Jesus Christ. In the Book of Common Prayer there is a little vesicle, an article of simple faith that unites believers all over the world: “Christ has died, Christ is risen, Christ will come again.” This little article of faith has been uttered in Asia Minor, in Europe, in the British Isles and in America, and today is being uttered in tribal languages of Africa, of India, of China, and yes in the Middle East. The vision of the kingdom of God is here and growing.

And so too has RTS grown. So too has the mission of sending out pastors according to a method that is altogether Biblical led to His majesty in our midst. This is what we celebrate. This is who we are today. But if that were all there were to the story it would be a great story. But this is only the beginning. This is, to paraphrase Lewis, only the introduction to the book. The now will become the then and the Introduction will turn the page to the real story.

This is where we are headed. Then, on that great Day, RTS will have realized its destiny. Then those three men who met and dreamed of a seminary will be fully vindicated that they were right in doing so. Then will Sam Paterson and Bob Cannada and Luder Whitlock and Ric Cannada and Guy Richardson and Dr. Kistemaker and Dr. Kelly and Dr. Thomas and Dr. Currid and Dr. Professor Frame and all of our faculty and all of our staff and all of our students realize their destiny; for on that Day, the work of RTS will be finished. Souls will have been saved, lives will have been transformed; generations upon generations will have been reached, baptized, taught the Gospel of Jesus, and taught others, and then the Kingdom that we longed for will have come and Jesus our Prince who redeemed us from the law of sin and death will be gloried and God’s vision will be complete and God shall be satisfied and we shall be complete in Him for Him forever.

But this is not just a vision that is passive. It is aggressive and active. It is the Gospel conspiracy in the world today. And I ask you not to merely give money, or give time, but to give your life…give your all…and give yourself in prayer. For in between the faithfulness of God yesterday and the glory of God’s vision tomorrow is one seminary student who needs your support and your help today.

About Michael A. Milton, Ph.D.