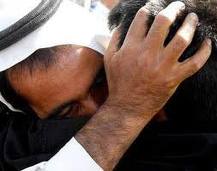 Yesterday the Third Lausanne Congress on World Evangelization dealt with the desperately needed issue  of reconciliation; a reconciliation that must come, through Jesus Christ, out of the brokenness of our sin condition in the world today. That theme hit on the very Scriptural basis of this particular congress:

“that is, in Christ, God was reconciling the world to himself, not counting their trespasses against them, and entrusting to us the message of reconciliation” (2 Corinthians 5.19).

The theme manifested itself in several remarkable ways as the program, again, circled the earth, and this time focusing on Southeast Asia and the sub continent of Asia and the slave trafficking (learning that there are more slaves in the world today than when Wilberforce won his two decade struggle against the slave trade in Britain) and other forms of human degradation. We learned it is wide-spread and it is increasing. We came to see what that meant, and, for example, what that did to human beings in a caste system like India. Several testimonies spoke to the evil of that system. But we also heard the testimonies of slaves who were released by Jesus Christ as well as “untouchables” who were touched by the love of Jesus and how the Gospel is moving powerfully through India, Cambodia and Communist Vietnam. There were many reminders of the power of the Gospel to bring the restoration of the image of God out of the marred human condition, even at its worst.

The lesson that hit me the hardest was the one that revealed a lack of faith in my heart. You see when I hear that we are about to go on another peace negotiation for Palestinians (a derivative of Philistines), I think to myself, “There will be no peace until Jesus returns. Any attempts otherwise can only be a band-aid.” Maybe you have thought that too. I don’t deny that this is likely true in the political and diplomatic realm. But yesterday I saw a beautiful young Palestinian Christian woman, a professional woman reared in Nazareth, who was very articulate, tell how Jesus Christ removed the hatred in her heart for the Israelis (under whose harsh treatment, her family had suffered). Christ not only healed her with His love, but He did so to such an extent that she now leads a ministry of reconciliation aimed at peace between Palestinians and Israelis: a reconciliation grounded totally in Jesus of Nazareth. Standing right next to her was an Israeli. This distinguished-looking young man who spoke with an almost Midwestern-broadcast-ready American accent (he lived for a while in the States when his father was transferred there), told us that his father would be mortified to know that he was addressing 4,000 evangelical Christians! But he would not even be able to possibly conceive, in his wildest imagination, how his son could be doing even that and also standing next to a Palestinian woman! Yet he told of how Jesus, “Yeshua,” came into his life, changed him, gave him faith out of a secularized Judaism, which he said was the norm in his country, and replaced it with true faith. He believed that Jesus was God. That Jesus also brought love: a love for others, a love for Palestinians. Therefore, standing before me was a rebuffing of my cynicism. I knew better. I knew this was possible, of course. But could it ever be so widespread that it made a difference in that nation? The Jewish man told of how Israel is hostile to the propagation of the Gospel, yet many are turning, he said, to the Lord. Many Palestinians are also turning to Jesus as their only hope. When the two come under the Kingdom Lordship of Jesus, peace reigns in their hearts. Their minds are thus transformed. Their cultures are impacted.

I believe that a final, consummate peace cannot come until Jesus comes to put away every remnant of sin in this old world. But I have seen with my own eyes and heard with my own ears how Jesus brings peace to the most unexpected places. I have seen a Palestinian and an Israeli embodying the truth that I have preached every Advent:

For to us a child is born, to us  a son is given; and the government shall be  upon  his shoulder, and his name shall be called Wonderful  Counselor,  Mighty God, Everlasting  Father, Prince of Peace.  Isaiah 9.6

And I believe. With Jesus Christ, peace is the inevitable consequence of people, Jews and Palestinians, Arabs and English, husbands and wives, children and parents, who kneel before this Prince and experience the transformative power of His love.

I hope never to be cynical again about peace. To do so is to fall back into an unbelief that stifles hope and denies the ultimate power of the Gospel.

About Michael A. Milton, Ph.D.